Overview
Religion and Philosophy will appeal to learners who have an interest in the big questions in life, who are accepting of a range of beliefs and approaches to living, and who are passionate about voicing their own opinions. We aim to develop learners’ understanding of the diversity of cultures that coexist in Britain, and the ethical ideas that have shaped humanity over the millennia. As such, cultural and moral capital are of huge relevance to us. We also develop learners’ knowledge capital through a close focus on critical thinking and analytical writing.

KS3
In Cohort 7, learners develop their knowledge of what religion is, and study the six major world religions in detail. We compare aspects of belief, teaching and practices, and look at some of the major figures from the religions. We explore how believers celebrate their beliefs in terms of worship and significant festivals. 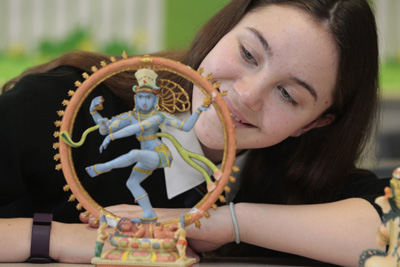 Socrates and Rene Descartes, and examine their influence on the way we think. Then we turn to the study of Ethics, and consider some of the biggest ethical ideas and areas of controversy; examples include the concept of the sanctity of life, and the ethics of environmentalism.

GCSE
The course allows learners to explore, develop, enhance and modify their views on a range of moral and philosophical questions facing the world and provides them with opportunities to hone their skills on independent thought and argument. By presenting learners with a range of both religious and non-religious approaches to these issues, learners can develop an awareness and empathy around the views of others; equipping them with the ability to relate to people from different standpoints whilst affirming or questioning their own preconceived views.

The main religions focused on through our course are Christianity and Islam. Learners will grapple with interpreting Bible and Qur’an scriptures and applying their learning to support beliefs and opinions in response to controversial statements. Learners will also engage in understanding the different beliefs and practices of Islam and Christianity, looking at a range of divergent views within each, and accounting for this variation by referring to scriptural teachings. Religious practices are explored, as demonstrations of divergent beliefs, and the significance and influence of varying beliefs is analysed and evaluated. They will look into 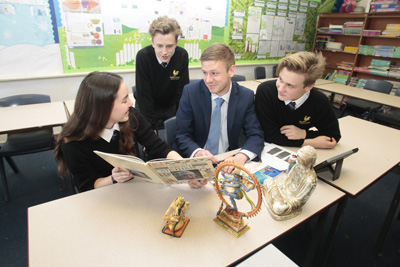 the founding stories of each religion and explore unique aspects that make each religion distinct:  looking, for example, into the purpose of fasting during the month of Ramadan, why Christians are baptised, and concepts in both religions governing life after death.

Cohort 11
Learners will complete the course and face a mock exam over term 1, and will then commence the process of revision for their final GCSE exams in the summer of Cohort 11. Learners will practice examination questions and also revisit any of the content that they studied throughout Cohorts 9 and 10, using data from the mocks as a guide. The entire course will be reviewed and audited, before learners sit a second mock in March. This will act as a final guide to preparing for the summer exam.